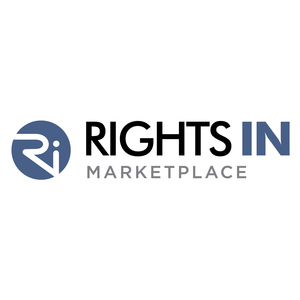 Vietnam has undergone a quiet but potent transformation in the last decade, opening up and shifting economically and culturally. RightsIn, the global marketplace for film, music, and other IP, has recognized this, setting up a new partnership with local content experts Sunrise Seagull.

“Vietnam is experiencing an exciting, creative explosion of content producing. Just ten years ago, only a handful of films were being produced out of Vietnam. Now, looking at 2016 alone, 50 or so films came out of the country,” explains Sunrise Seagull’s Thien Pham. “That doesn’t even account for the films being produced outside of Vietnam by Vietnamese filmmakers. The quality of films that are being produced despite limited production budgets, is really mind-blowing.”

Pham and his team wanted to blow minds outside of their region, however, something they felt as a “no-brainer.” Pham was working on a project that would connect Vietnamese content to more purchasers in North America, when he met Ray Young, the driving force behind RightsIn.

“We quickly realized we had similar visions of disrupting the distribution market to level the playing field for independent producers and filmmakers, and have kept in touch ever since,” Pham notes. “So when RightsIn went to market, we both immediately knew a partnership between RightsIn and Sunrise Seagull Productions was a natural fit.”

RightsIn has a knack for finding markets with promise--and then crafting win-win deals with local rights holders and international content owners and distributors. “We work with independent film distributors like ITN in the US, finding new markets for their deep catalog and their latest releases,” Young says. “We don’t just sell a couple licenses here and there; we create real value with rev-share deals and ongoing relationships.”

Having close ties to partners on the ground, who know the market inside and out, is key. Without a sales team with deep local expertise, it’s impossible to know what will work locally, and what local content may connect with potential fans abroad.

“With the continued modernization of the country and increase in living standards, there is an increased appetite for entertainment media consumption of not only locally produced content, but internationally produced content, as well. Vietnam has more than 90 million people and over 50 cinema chains, so the growth potential is there. The conversation on both the selling and buying side shouldn't be, ‘Is this a market we should look at?’, but ‘How can we get into this market?’”